One evening in Paris 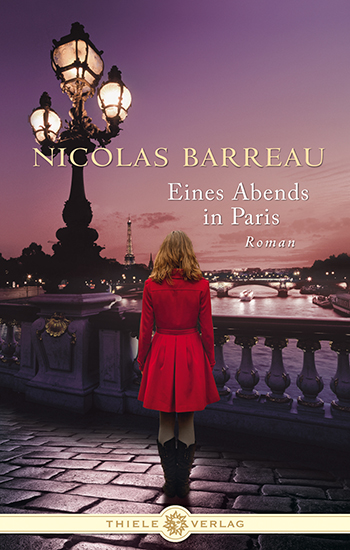 Alain Bonnard, the owner of a small art cinema in Paris inherited from his uncle, is a dyed-in-the-wool nostalgic. In his Cinéma Paradis there are no buckets of popcorn, no XXL colas, no Hollywood blockbusters. Not a good business plan if you want to survive. But Alan holds firm to his principles of quality. He wants to show films that create dreams, and he likes the people that come to his cinema. Most of them, at least. And particularly that enchanting, shy woman in the red coat who, for some time now, has turned up every Wednesday and always sits in row 17. What could her story be?

One evening Alan plucks up courage and invites the unknown beauty out to dinner. The most tender of love stories is just getting under way when something happens that turns the life of the idiosyncratic cinema-owner down: the Cinéma Paradis is going to be the location of a new film by a famous director and his favourite actress. All of a sudden the little cinema is the focus of public attention.

But there is one thing that seriously concerns Alain Bonnard: the woman he just has fallen in love with, about whom he knows little more than her given name, seems suddenly to have vanished from the face of the earth. Is this just coincidence? Alain sets off in search of the woman in the red coat and becomes part of a story more delightful than anything the cinema has to offer …

A game of romantic confusion laced with cinema and café crème. A feather-light novel about the wonderful madness of affection which shows us that every love has its own special secret.

Nicolas Barreau has attracted a readership of millions. The Smile of the Women brought his international break-through: the novel was on the bestseller lists in many countries.