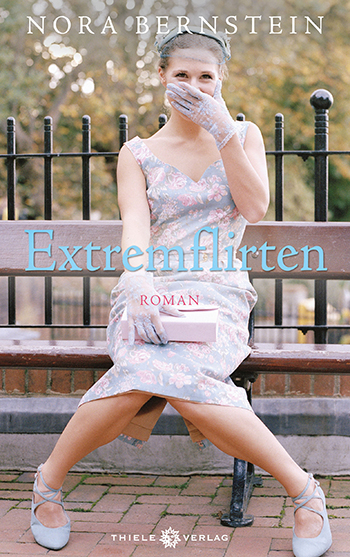 »Stella has been my best friend for ages – since our schooldays. A friendship like that lasts a lifetime, so they say. Still, this may well be the last time I call her my friend. Stella has a husband. Stella has a house in Gruenwald. Stella doesn’t have a job, because she’s married. Stella has no worries. Until yesterday. She left her husband because he’s got another woman. Since then she’s been living at my place.«

Thirty-two-year-old Maya already has enough problems of her own when her rich suburbanite friend Stella lands on her doorstep with a 10-piece Louis Vuitton luggage set. Having recently broken up with her former boss, who has returned to the safe haven of his marriage and left her in the lurch with a far too expensive apartment and a mongrel called Gonzo, Maya is just managing to keep her head above water by means of two part-time jobs and a well-heeled tenant. In the mornings she works in the agency run by her ex-boss Tommy, who just can’t keep his hands off her, and in the afternoon she works as assistant to Oliver, the lovable vet: the most he does is to tousle her hair occasionally and probably thinks she’s a golden retriever.

But when Stella starts off on a campaign of vengeance against her cheating husband, Maya also embarks on a course of extreme flirting. Together these two very different friends stumble into an adventure where they find illegal dogfights, an angry Mafioso, a carpenter with nine fingers and even a sheikh. Is he the answer to all their problems? Hardly. But finally all the couples who should be together end up together and readers will be in floods of tears … of laughter.

Nora Bernstein likes writing – with a twinkle in her eye – about the tricky business of relation-ships between men and women. When she’s not doing that, she commutes between thinking up stories and temping, always with her dog beside her. As Claire Singer she has published the successful Karlotta and Polly novels, which frequently crop up on bestseller lists.